The women that could

This is not going to be a regular blog where we talk about things in bullet points or short sentences. This is a blog that we are writing from the bottom of our heart to remember and celebrate the Women that Could.

Breaking boundaries, overstepping, not stopping and refusing to conform are the only words we can use to describe these women. They do not require our attention; we require their sense of self!

Here lies an ode to the women who excelled in the field of science and proved to belong beyond the kitchen at times when education, voting rights, jobs and more were unconstitutional and unlawful for women to practice or even raise their voice against.

Yamuna, as she was named at birth, was changed to “Anandi” by her husband, a widower 20 years older than her, when she was married off to him at the age of 9. Gopalrao Joshi, her husband was a man of progressive thinking and wanted his wife to study medicine after the loss of their infant son who passed away due to the lack of medical care and outdated facilities. Anandi was 14 at the time and travelled across the country with Gopalrao, a postal clerk. Through some letters from her husband to a missionary in America Anandi’s interest in studying medicine was recognized by Theodicia Carpenter a resident of Roselle, New Jersey. Carpenter came across the published review of Anandi in the Princeton’s Missionary Review while waiting at the dentists’. The two developed a bond of ‘aunt’ and ‘niece’. Anandi fought back before leaving to America alone in the public hall 1883 saying she wants to work for Hindu women, the reason to which she wanted to study.

Anandi was ailing. Frequent headaches, fevers and breathlessness only worsened when she finally went to America and was received by Theodicia and rough cold weather. That, however, did not stop her from finishing her two-year degree in medicine. Her thesis was “Obstetrics among the Aryan Hindoos.” In her thesis she used references from Ayurvedic texts and American medical textbooks. Queen Victoria is said to have sent her a congratulatory message for her accomplishments. When Anandi returned, she was given a warm welcome by the same people that tried stopping her from studying. She was appointed as the physician-in-charge of the Albert Edward Hospital’s female ward in the princely state of Kolhapur.

She stood tall and by her words till 26 February 1887, when she passed due to tuberculosis, before turning 22. Until the day she died, this fierce young woman studied, helped and fought!

Kamala Bhagavat/Sohonie whose father and uncle were both chemists (from Tata Institute of Sciences later Indian Institute of Science) carried on the tradition by graduating with a BSc in Chemistry and Physics in 1933 from Bombay University. Kamala applied for a research fellowship at IISc which was turned down immediately by C.V. Raman the then director of IISc who said that women are not competent enough for research. Kamala gave a tough fight in the form of a Satyagraha outside Nobel Laureate Prof. C.V Raman’s house. C.V Raman did grant her permission but in a rather humiliating and degrading manner. He had three rules:

Humiliated but determined Kamala agreed and in 1933 became the first woman to be admitted in an institute. In the following year, other women followed her footsteps. In the year 1939 she became Indian’s first woman to receive a PhD in a scientific discipline. She researched upon the effects of vitamins and the nutritive values of pulses, paddy, and other groups of food items consumed by the poverty-stricken section of India. Kamala received the Rashtrapati Award for her work in the nutritional benefits of palm extract “Neera” which was inspired by Rajendra Prasad, the then president.

Asima was born in a middle-class Bengali family as the eldest daughter and a brother to follow. Her father was a doctor himself and was keen on educating his two children as opposed to the mindset of the rest of the country where daughters were meant for child marriage and taking care of household responsibilities. Her interest in plants developed from that of her father’s. In 1936 Asima graduated with an honours from the Scottish Church College, University of Calcutta. She did her Master’s in Organic Chemistry in 1938 from the same university after which she continued to do her Doctorate in Science and became the first Indian women to get a doctorate degree from an Indian institution. She along with the ‘father of chemical science in India’ – Prafulla Chandra Ray and the famous physicist – SatendraNath Bose worked on the chemistry of plant products and synthetic organic chemistry. Eventually, she also worked with LáslóZechmeister at the University of Wisconsin and Caltech where she did her post-doctoral research on biologically active alkaloids. She went on to start the chemistry department in Lady Brabourne College (University of Calcutta).  She worked on vinca alkaloids, developing anti-epileptic drugs (still used commercially), developing anti-malarial drugs, writing volumes of books on medicinal plants and more.

Nothing stopped Asima from her work. The lack of funding from the government, having to spend from her pocket for her students and in testing/analyzing various plants for research, losing her father and her husband in the span of 4 months. Her students backed her up and continued to work with her. She reached levels unexplored and created a legacy for women in India to follow. Among the long list of awards that Asima had gotten one happens to be the ’Padma Bhusan’.

So, now that you have read through the accomplishments and the hindrances caused to these incredible women here are some questions for you:

What if they had not tried?

What if they conformed?

What is stopping you from trying?

Here lies an ode to the women that could and to those that are still trying. Your words and ideas can change the world, do not listen to those that cannot act. 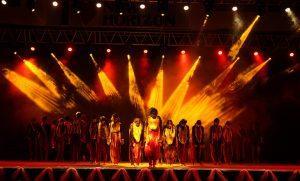 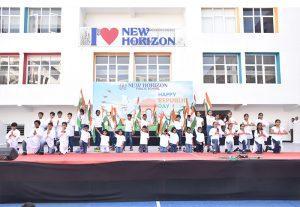 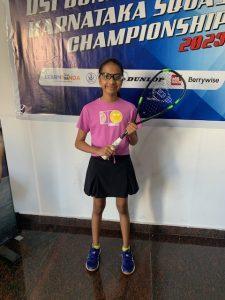 Know More
Connect with us

I am writing this e-mail with immense happiness and gratitude. To see Niharica improve slowly and steadily has given me a lot of confidence that she will do well in her academics even in her higher classes. She now reads very well and independently. She also remembers things better. Her writing has improved as well.

I would like to thank you mam for your patience, understanding and encouragement. I would also thank the school management for having such a set up where the kids can be given special attention to improve in the areas that they are weak in.

Mam, I am sure that with your guidance Niharica will have a wholesome growth. Thank you once again.